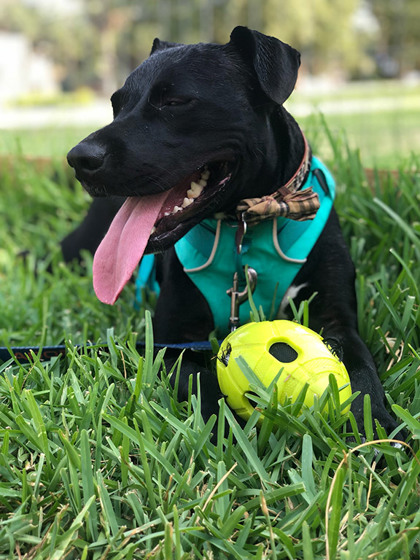 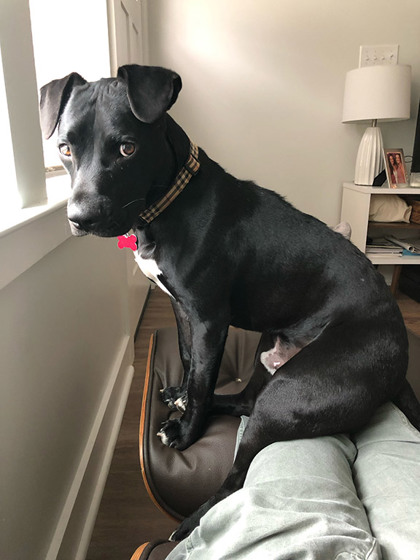 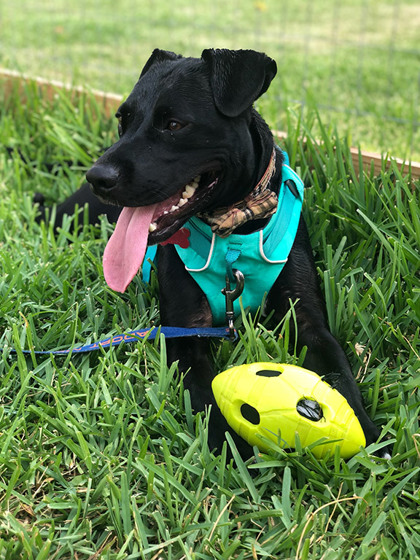 Meet Gunner. He has been with us since 10/17/2021. His foster mom just sent us an update on his progress. Please consider giving him a home:)
Gunner is our sweet foster baby. He's a 1 y/o lab/pit mix. Gunner had a rough start at life, when someone poured acid on his back at just 2 months old. Other than the scars, you'd never know it. All he wants is love and to give love.
His favorite place in the world is in your lap. He's a playful pup who loves to fetch, play tug or go for a run. He'd make a perfect adventure buddy, as he's always up for a car ride. He loves going out to eat and is a very good boy. Everyone tells him how handsome he is and give him pets.
Sometimes on walks, he'll just sit on a corner and watch everything going on around him. He likes listening to the birds and chasing the lizards.
He likes to sleep with his head on a pillow and at least one paw touching his human.
He can tell when you're upset and will lie on top of you with his head right on yours.
When he isn't getting what he wants he'll stomp his little feet. Once he gives up, he dramatically sighs and gives you some serious side eye.
He enjoys listening to music, watching Seinfeld and being read to when he can't fall asleep.
He's still got some puppy antics that will need some training, but he's incredibly smart. He learns new tricks within 30 minutes.
He's housebroken, and knows several commands. He sleeps through the night in his crate, even though he'd rather sleep with you. He's great on a leash and can walk right by other dogs without reacting. If a dog starts going off on him he'll get excited but knows when it's time to go.
Gunner can be a little protective of his humans when new people come over. However, he'll be lying in between their feet as soon as he sees they're nice. He tries to sound tough but his wiggly butt always gives him away.
If you have a lot of love to give, are patient, and have the time and energy for a young sweet boy, please give Gunner the home he deserves.